NATA Fellow status recognizes members of the association who have demonstrated outstanding professional scholarly achievement in combination with service to the profession. One of the requirements to receive the award is the demonstrated development and leadership of a research agenda, extending beyond serving as a contributor, resulting in the scholarly dissemination of work resulting in noteworthy impact on the athletic training profession.

You can read more about DiStefano’s research in UConn Magazine and on Naturally.

Governor Ned Lamont announced the appointment of four Connecticut residents to serve as members of the State Board of Education, including Bonnie Burr, assistant director and department head of UConn Extension.

The State Board of Education is responsible for establishing academic standards and setting policy for Connecticut’s 149 local and 17 regional school districts, including preschool, elementary and secondary education, special education, vocational education and adult education. It also serves as the board of education for the state’s 17 regional technical high schools.

The State Board of Education consists of 14 members: ten voting members who serve staggered four-year terms, with at least one who must have experience in manufacturing and another who must have experience in agriculture; two nonvoting, high school student members who serve one-year terms; and the president of the Connecticut State Colleges and Universities and chair of the Technical Education and Career System board, both of whom are nonvoting, ex-officio members. Each of the ten voting members and two student members are appointed by the governor and must be confirmed by the General Assembly.

Burr will fill the seat required to have agricultural experience. 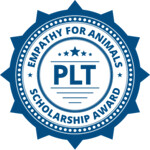 Elyse Politica, a dual major in animal science and pathobiology, is the recipient of Pet Life Today’s 2019-2020 Empathy for Animals Scholarship Award.

The Empathy for Animals Veterinary Scholarship Award is open to veterinary students enrolled in veterinary studies, animal sciences or a similar undergraduate program at an accredited university and is awarded annually in the amount of $500.