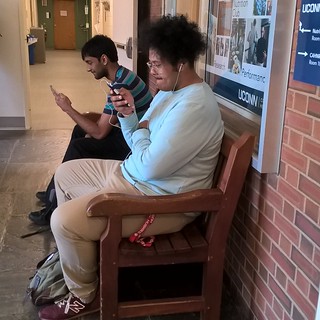 UConn Today reported on a study done with elephant and Weddell seals by a team that included the Department of Pathobiology and Veterinary Science’s Assistant Research Professor Milton Levin. There was no evidence of damage to pulmonary tissues in the seals. See also R&D and Journal of Experimental Biology.

Business Vancouver depicted and quoted Department of Animal Science Professor and Department Head Steven Zinn in an article about the popularity of Vancouver, British Columbia as a convention destination. As president of the American Society of Animal Science, Zinn was part of the overall program committee for the ASAS-CSAS annual meeting and trade show in Vancouver in early July. Zinn also participated in the World Congress on Animal Production, held before the annual meeting.

UConn Today published an article by John Volin about some of UConn’s sustainable solutions to environmental problems. Volin is vice provost for academic affairs and a professor in natural resources and the environment.

The Bulletin highlighted the results of participation in the First Impressions program by Putnam, Connecticut in partnership with the UConn Extension Center. A delegation from another town looked at Putnam through visitors’ eyes and gave suggestions on how the town could point out attractions and businesses.